If you are planning to move to another state, will you be able to take your Medicare or Medicaid plans along? We get this question frequently, and it's a good one. Many couples consider moving to warmer weather when they get older and in other circumstances, when the children have grown and have families of their own - some of our clients find themselves to be the only ones left in Ohio. With their children having moved on to other states, it is not uncommon that retired couples move to be near their grandchildren. So the answer about your Medicaid or Medicare plans following you between states depends on whether you have original Medicare, Medicare Advantage, or Medicaid.

Medicare Plans Following You to Another State
Great news! If you have original Medicare (Plans A and B), you can move anywhere in the country and you should still be covered. Medicare is a federal program, run by the federal government, so it doesn’t matter what state you are in as long as your provider accepts Medicare. Your Medigap plan should also continue to cover you in the new state, but your premiums may change when you move. The exception is if you move to Massachusetts, Minnesota, or Wisconsin because those states have their own specific Medigap plans.

Both Medicare Part D (prescription drug coverage) and Medicare Advantage plans have defined service areas, which may or may not cover more than one state. If you have Part D or Medicare Advantage, you will need to determine if your new address falls within the plan’s service area. When you move to a new service area, you have a special enrollment period in which to change plans outside of the annual open enrollment period (which runs October 15th through December 7th). If you tell your current plan before you move, your special enrollment period begins the month before you move and continues for two full months after you move. If you tell your plan after you move, your chance to switch plans begins the month you tell your plan, plus two more full months.

Medicaid: Extra Due Diligence Needed
Medicaid is a joint federal and state program, with each state having its own eligibility rules. Unfortunately, this means you cannot keep your Medicaid plan when you move to a new state. Medicaid eligibility depends on your income, your assets, and the level of care you need. If you have Medicaid and are planning to move, you should contact the Medicaid office in the state to which you are moving to find out the eligibility requirements in that state. Before you can apply for benefits in the new state, you need to cancel your benefits in the old state. You should file an application in the new state as soon as possible. Usually, if you qualify for benefits, the benefits will be retroactive up to three months before the date you applied. If you end up having to pay for any health care services out of pocket while you are waiting for your application to be approved, save the receipts since you may be able to get reimbursed.

At Joseph L. Motta Co., we pride ourselves in our expertise of elder law and Medicaid planning. From our local office in Avon Lake, OH, we help our clients to leave a legacy, not a predicament. Let us help you review  your power of attorney and other estate planning documents. We'll make sure the comprehensive durable power of attorney is sufficient for Medicaid planning purposes and discuss some methods for preserving assets for the community spouse should the other spouse need the assistance of Medicaid to pay for the costs of nursing home expenses. Please call our office at 440-930-2826 to schedule a free consultation . 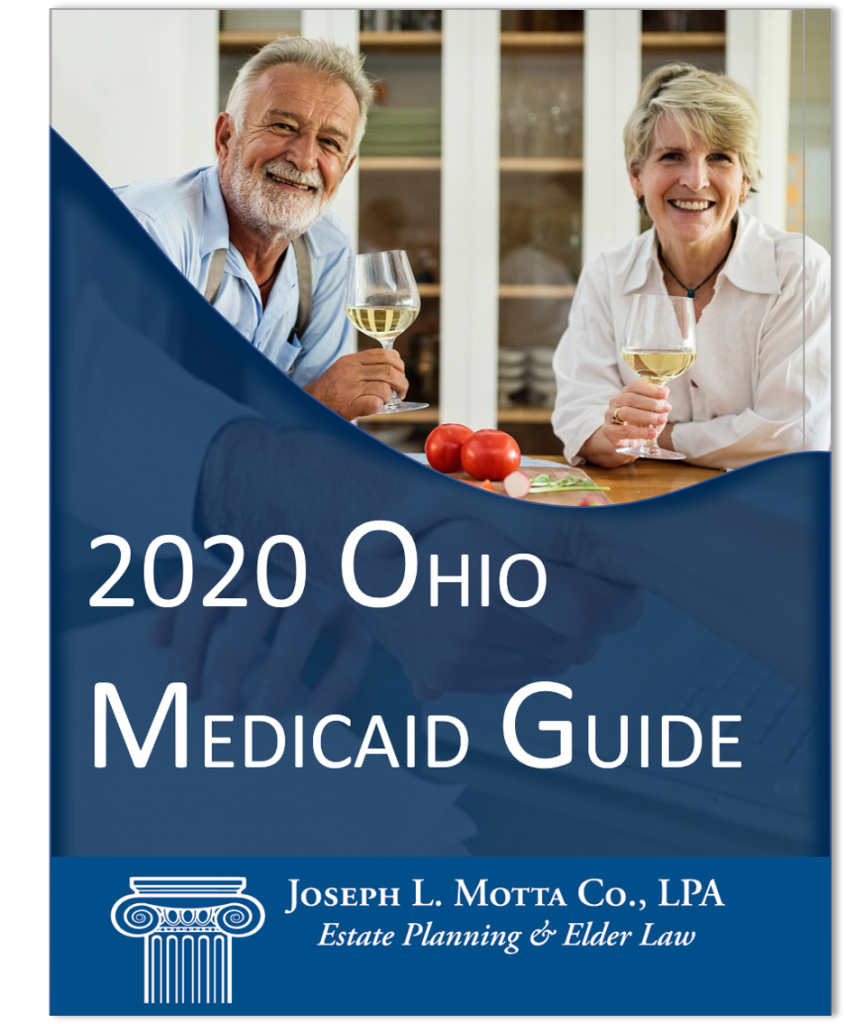 What Are a Special Needs Trustee’s Record-Keeping Duties?

What is the Difference Between Elder Law and Estate Planning?

How to Use Intrafamily Loans as Part of Your Estate Plan

Lock in the Current Estate Tax Exemption to Benefit Your Spouse

In 2022, Social Security Disability Recipients Will See the Biggest Increase in Four Decades