Protection for Spouse of Medicaid Applicant

Although Medicaid limits the assets that the spouse of a Medicaid applicant can retain, the income of the healthy or “community spouse” is not counted in determining the Medicaid applicant’s eligibility. Only income in the applicant’s name is counted. Thus, even if the community spouse is still working and earning, say, $5,000 a month, she will not have to contribute to the cost of caring for her spouse in a nursing home if he is covered by Medicaid.

What if My Spouse is on Medicaid and My Household Income Is Not Enough?

In exceptional circumstances, community spouses may seek an increase in their MMMNAs either by appealing to the state Medicaid agency or by obtaining a court order of spousal support.  Your elder law attorney, Joseph L. Motta, can explain these options to you. 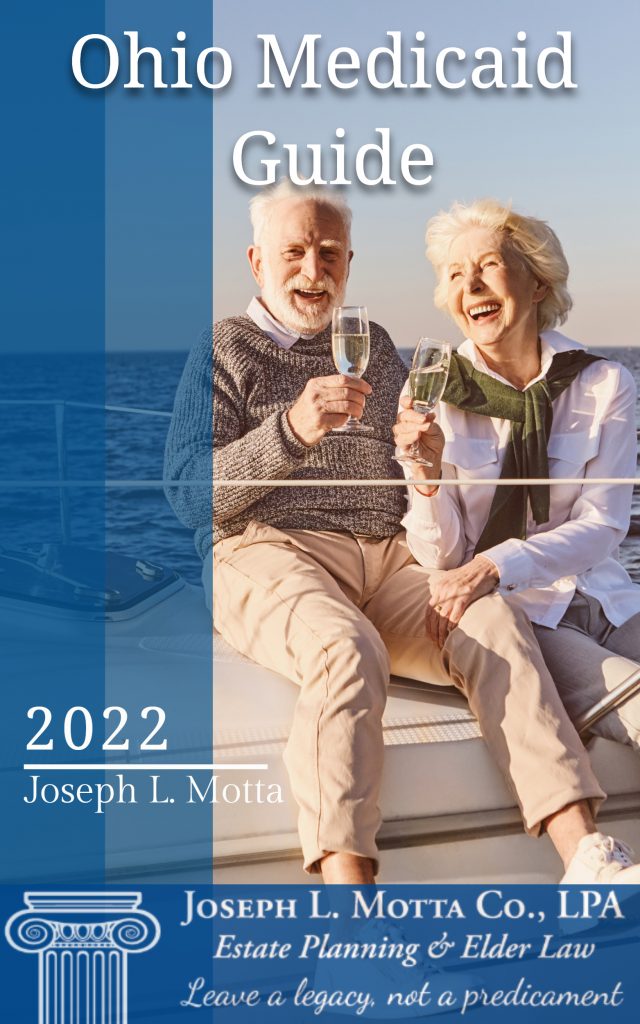 The Medicaid information on our website is intended to provide you with a general introduction to Ohio’s Medicaid program. Please be aware that there are numerous details that cannot be covered in such a brief summary, and many aspects that are regularly evolving. Our goal is to educate you concerning Medicaid’s financial restrictions, and help you appreciate the importance of proper planning but please consult with us to ensure you're using the most relevant and up-to-date Medicaid eligibility requirements and other details. Joseph L. Motta Co., LPA has helped many individuals qualify for Medicaid without losing their life savings. We want to provide you with the knowledge necessary to protect your family.

Our local office is located at:

Leave a legacy, not a predicament.