Acting as an agent under a power of attorney is a big responsibility and it isn’t something everyone can take on. It is possible to resign or refuse the position.

There are two main types of powers of attorney – financial and medical. As the agent under a power of attorney, you act in place of the “principal” – the person executing the power of attorney -- for financial or medical purposes when and if that person ever becomes incapacitated. This can be a big job, depending on the person you are representing.

With a financial power of attorney, you are responsible for taking whatever investment and spending measures the principal would take himself or herself. Unless limitations have been placed in the power of attorney document itself, you can open bank accounts, withdraw funds from bank accounts, trade stock, pay bills, and cash checks. In addition, you need to keep good records of all your dealings.

With a medical power of attorney, you must step in and make medical decisions for the principal that you believe the principal would have wanted. For example, you may have to make decisions about whether to start or stop a particular treatment, which doctors or specialists to choose, or whether to continue or stop life support.

While an agent under a power of attorney isn’t personally liable for the principal’s bills, it is still a huge responsibility that takes time and effort. Before agreeing to be an agent under a power of attorney, consider whether you are able to devote the time and energy to the job and whether you can emotionally handle making the decisions. In addition, think about if there are family issues, such as constant disagreements among siblings, that would make serving difficult.

If the person who executed the power of attorney is incapacitated already, it is a little more complicated. Ideally, the power of attorney document has named successor agents. In that case, you can refuse the job and the successor agent can take over. If there are no successor agents, a guardian may need to be appointed for the principal. An interested party -- another family member or friend -- could petition the court for guardianship or if no one is available to take on the job, the principal may become a ward of the state.

If you are named as agent under a power of attorney and want to refuse or resign, consult with Joseph L. Motta to find out the best way to do that in Ohio.

If you are interested in learning more about power of attorney documents, wills, trusts, Medicaid planning or any other estate planning tool, discuss it with Joseph Motta, your local estate planning attorney. Call 440-930-2826 to schedule a free consultation.

Understanding the Different Types of Power of Attorney in Ohio: 4 Main Types of POA

Dangers of Using an Online Power of Attorney Form

If you are considering preparing a will, this is a great first step in planning for the future. After reflecting on the basics, such as whom you want to be in charge of administering your wishes, you may wonder if Read More ...

Medicaid is a state- and federally funded health program for lower-income persons of all ages. For applicants who fall into certain categories, Medicaid imposes specific rules on how much income and resources they can have and still qualify for benefits. Read More ...

Unless you’re certain your parents have an up-to-date will, as well as a big-picture plan for what should happen in the event of their passing, you shouldn’t assume everything will be taken care of.  During this season of upcoming holidays, Read More ...

No Will? Don’t Risk It

No Will? Don’t Risk It

Many people delay the conversation or thoughts of having to prepare a will. Confronting the possibility of one’s death is not easy. However, as the recent death of Anne Heche shows us, not having a will can place a significant Read More ...

If medical personnel are able to access your medical history during an emergency, it could mean the difference between life and death. But if, for example, you are injured, in shock, suffering from dementia, or are otherwise incapacitated, you may Read More ...

Qualify For Medicaid With a “Miller” Trust

Qualify For Medicaid With a “Miller” Trust

In order to qualify for Medicaid, the applicant's income must fall below a certain level. Most states allow individuals to spend down any income above this level on their care until they reach the state's income standard. But in some Read More ...

Estate Planning When You Have an Estranged Child

Estate Planning When You Have an Estranged Child

Unfortunately, not all families get along. If you are having problems with one of your children, you may not want them to benefit from your estate. There are several strategies for dealing with an estranged child in your estate plan. Read More ... 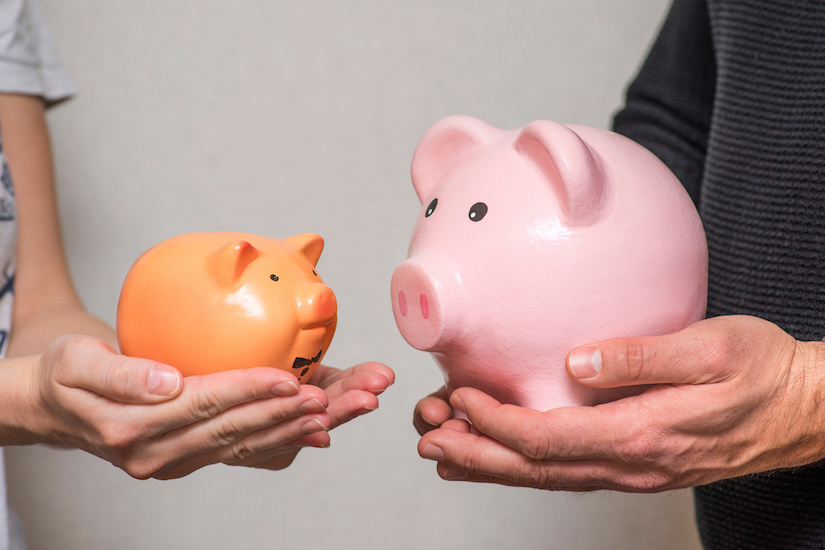 How to Approach Leaving Your Children Unequal Inheritances

How to Approach Leaving Your Children Unequal Inheritances

Parents usually want to leave their children equal shares of their estate, but equal isn’t always fair. If you plan to provide more (or less) for one child in your estate plan, preparation is important. It is natural for parents Read More ...

At Joseph L. Motta Co. our tagline is "Leave a Legacy, Not a Predicament," because we truly want to help people to avoid leaving their family a mess to unravel upon death. The passing of a loved one is already Read More ...

Estate Planning: Considerations When You Have a Stepfamily

Estate Planning: Considerations When You Have a Stepfamily

Ideally, when a second marriage joins two families together, it should be a joyous occasion that creates one bigger blended family unit. Unfortunately, when the estate plan lacks clarity, it too often also creates inheritance fights between stepparents and children. Read More ...